I’ve been thinking about this Amy Winehouse song for a while now. It’s an odd song.

In places it sounds like a frustrated submissive telling her dom to lift his game and take over, stepping up to his role. 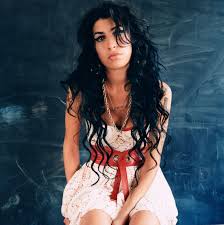 In other places (more often, to be honest) it sounds more like a woman who’s completely internalised patriarchy and sexism. As such she expects a man, any man in any relationship, to take charge. Because that’s the only way it’s right for men to be.

Not because the two of them agreed for it to be that way, maybe after a discussion in which the possibility of other power balances and imbalances was at least recognised.

Because her man doesn’t tell her what to do and is emotionally open, she’s uncomfortable. She accuses him of being a “lady boy” and asks him if he’s gay.

In the video, the problem is that the guy drinks and falls over a lot. It completely misses the point of the song. It’s not about drinking problems, it’s about the man and woman having completely different ideas about their roles.

Still, if you were directing a video with Amy W in it, I can see how “drinking and falling down” might have occurred to you as a theme.

Anyway, I still think the song is hot. Not for the best reasons, but there it is.

2 thoughts on ““You should be stronger than me””