I went to Napoli a few days back. The first two days I did nothing except lie in bed and cough and shiver. Ate breakfast cereal for dinner the second day because all the shops and restaurants had closed when I woke up. Anyway, I was determined to get to Pompeii, so I stayed an extra night and headed out on the third day.

I could probably say something thoughtful about the flagellation scene at the Villa deii Misterii, but right now I don’t have the nodes. Or the lobes. My brain hurts already: I’m not going to try to think.

Anyway, here’s a loving couple engaged in an apparent spanking, taken from the wall of the underground baths. 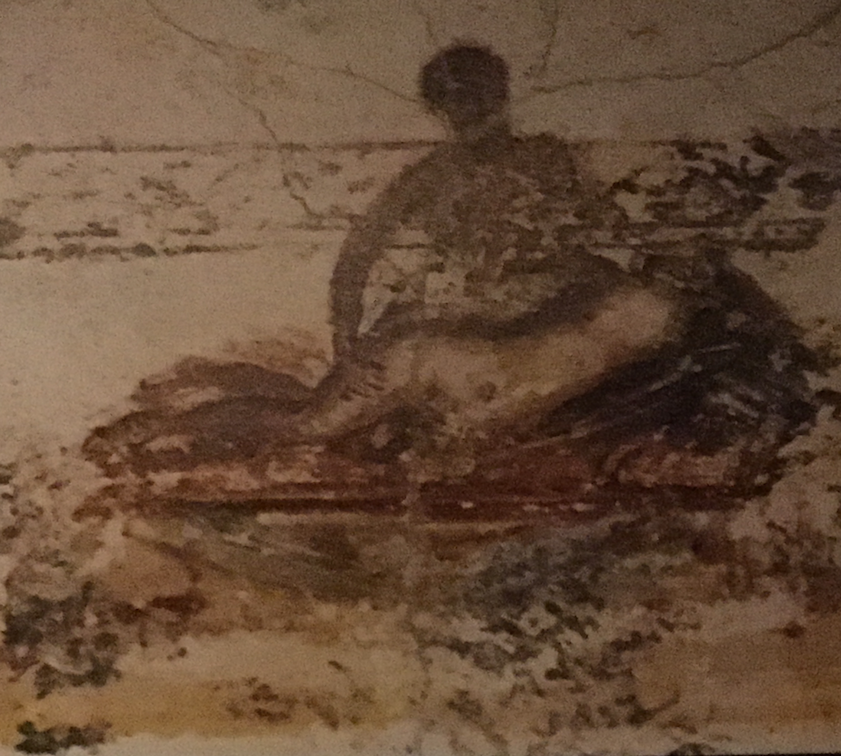 When your lover (or slave; it’s hard to tell in Roman art) complains the water’s cold…

The really fascinating image from Pompeii, that I should really write about, when I’m not so fucking sick, is this one. (This was an incredibly awkward picture to take, by the way.) 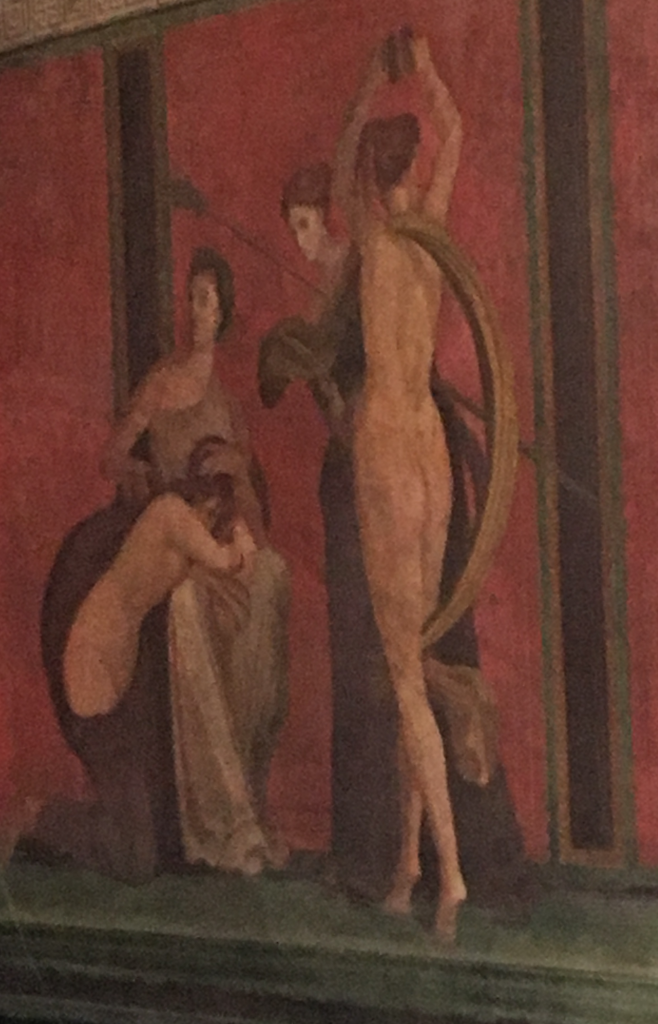 Many think the woman being whipped in the first scene is the woman dancing in joy in the second. That’s certainly my take.

For now, it’s time to have breakfast, pack my bag and head to the airport.