Personally, life is good. I’ve just paid off my mortgage, so I own my land and buildings. I’ve chucked in my job, and even after paying the mortgage, I’ve got enough money to keep me in champagne and travel for a couple of years.

I have another book, a novel, that also needs revision to make it work, but that will be published under a different name for various reasons, so I won’t say anything about it here.   Except to say that if it sells well, and people start screaming out for sequels, the third book will have the Mahdi (a saintly religious figure, or a 19th-century Sudanese slave-trader and rapist, primarily of young boys, depending on your point of view) as a character.

And I’ve finished the terrace I’ve been building, to flatten some of the back garden so that drunk and stoned people don’t run helplessly downhill and fall over. Unless they want to. 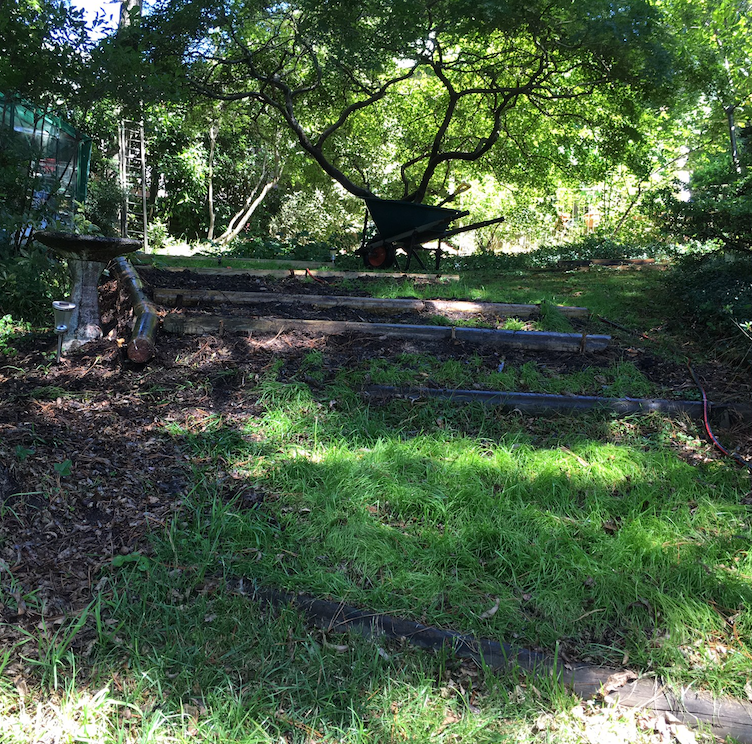 My new terraces. They stink like a pile of dead rats at the moment, because I put down blood and bone mix before I sowed the grass seeds. It’ll be all green in a few days.