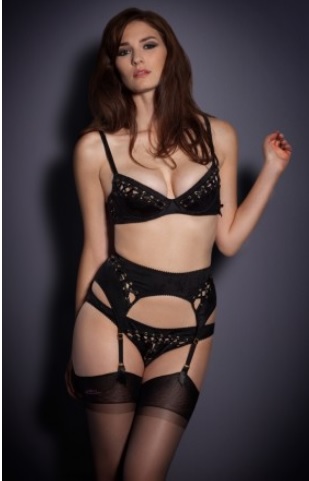 A lot of art directors, glamour photographers and such, assume that if a woman is dressed to be sexy, then she must be wearing a garter belt, which holds up the suspenders that hold up her stockings.

There must have been a time, maybe no later than the 1950s, when women wore that stuff for practical reasons, like having their stockings stay up. Because bare legs or jeans were “common”, and pantihose hadn’t happened yet.

With occasional help from the wind, or bicycles and such, men would sometimes get glimpses of thigh with the suspender stripe. That was definitely something they liked. So suspenders became a turn-on.

When a man got lucky and undressed the woman, there’d be this yummy bit of bare thigh between the lower edge of her knickers and the stocking tops, with the suspenders providing a sort of racing stripe down the thigh.

I can see why it appealed to men of that generation.

But to me it means very little. It’s like a historical re-enactment of something I never experienced and that doesn’t mean much to me. When a woman dresses up for me in suspenders and the rest of it, I know she’s trying to look sexy, and that is the thing that’s sexy. Not the suspender belt. 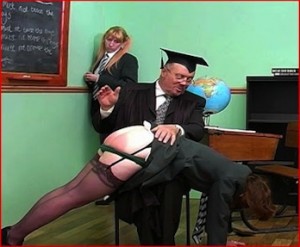 You see the odd schoolgirl spanking photo shoot in which the “schoolgirl” wears suspenders. To me it just looks incongruous and kind of silly, in a very unsexy way.

The girls I fancied as a boy, and the women I fancy now, generally wear cotton knickers with jeans or a skirt, and shoes’n’socks. So that’s my experience, and what I encountered once I had the social skills to start unwrapping women’s clothes.

One girlfriend of mine would wear a pair of cotton knickers with monkeys on them when she wanted to get spanked. It generally worked within ten seconds or so. (There’s probably a book in that: “How to train your dom”.) 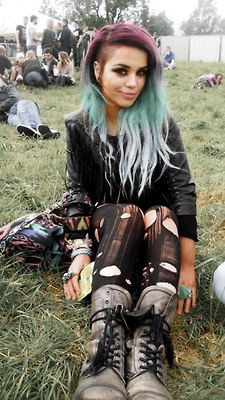 This is the maiden all forlorn, whose tights are thoroughly tattered and torn.

If I do have a women’s underwear-related fetish, it’s probably laddered or torn pantihose, with a bit of skin showing through. That does give me an urge to take that nylon ladder or tear and rrrrrip it all the way until I can get at the woman inside.

That “if” was bullshit. Of course I have a women’s, um, smalls-related fetish, and that ripped tights thing is it. They go well with boots.

These thoughts were sparked off by a post by Girl on the Net, at: http://www.girlonthenet.com/2015/01/04/sexy-lingerie-versus-casual-sleepwear/#more-4048