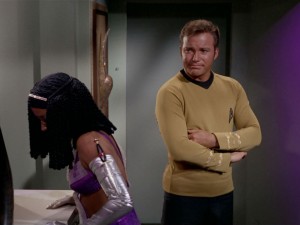 Now go to my room!

The new Star Trek film is good. But it’s very clean in various ways compared to the world of Shatner-Kirk.

For example, here’s the conversation on spanking between Kirk and the imperious Dohlman of Troysius, whose name is Elaan, though she prefers to be called “Your Glory”.

Elaan: You are warned, Captain, never to touch me again!

Captain Kirk: If I touch you again, Your Glory, it’ll be to administer an ancient Earth custom called a spanking!

But some time later, the Captain and Elaan are in a fog of lust: 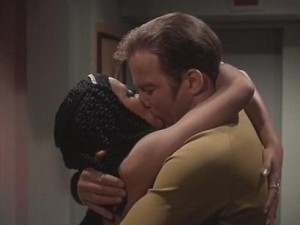 Elaan: Captain, that ancient Earth custom called spanking. What is it?

[He pulls her into a passionate embrace. We cut, fast as possible, to an ad break. Elaan spends the rest of the episode standing up. Coincidence? Er, probably.]