We embraced in the hotel room, beside the bed. I undid Shar’s jeans and pulled her top off. “Turn round, Shar.” 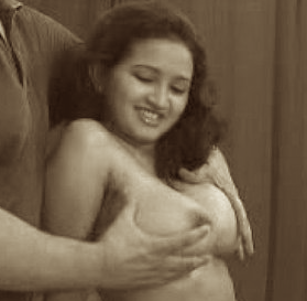 Shar turned her back. She’d forgotten to make a demonstration of how good she was being: look! I even humor you when you give me an order! Nor did she produce her usual playful defiance. I made no comment because simple obedience is another stage in submission, and in its early stages it’s fragile.

I undid her bra and took it off her, holding her breasts firmly while she leant back against me.

I kissed her neck and pinched her nipples between my thumbs and forefingers. Not to hurt, but to make her aware that I could hurt her, if I chose to. She was, literally, in my hands. Submission, when it’s offered, has to be accepted and rewarded.

She sighed and pushed her ass back against my groin. I said, “Excuse me.” I pushed her panties down to her knees, and held one hand to her lower belly, almost touching her cunt. “Take those right off.”

“Yes, Sir.” Shar crouched for an instant. She was naked now, nicely contrasted with fully-clothed me.

“Spread your legs for me.” My fingers pressed, frustratingly, just above her cunt, and that made that order one that had to be obeyed urgently. She spread, and fell forward a little when two of my fingers entered her, relying on me to catch her.

“Good girl.” I slipped a third finger inside her and pressed and stroked spongy wet girl. Her breath synchronized with the movements of my fingers. “That’s good. Who’s a good girl?”

“Me, Sir?” She was pretty sure that was the right answer, but she didn’t want to seem smug about it.

“Yes. You.” I smacked her bottom, affectionately but hard enough to hurt, if she was in one mood, and for her to feel relieved and released by it if she were in another mood.

She said, very quietly, “Hahrr.” So she was in the mood where being smacked felt good. I took my fingers out of her and held them to her mouth. Shar hesitated for a moment and I smacked her again. She opened her mouth and sucked my fingers. She’d been reluctant to have me lick her this morning, I wondered if this was the first time she’d ever tasted herself. I didn’t ask. She seemed happy enough not to have to think.

“Good girl. Now face me.” Shar turned and we kissed. I put my hands on her ass, cupping one rounded, muscled half-globe in each hand, then lifted and separated slightly. 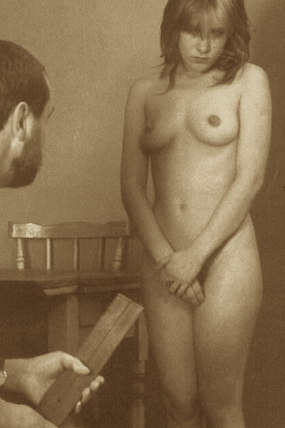 That reminded her of something. “You’re going to use that tawse on me now, aren’t you?”

“Yes, love. But not as a punishment. For pleasure. Including your pleasure, though I’m going to enjoy it. You’ve been incredibly good.”

Shar kissed me again, smiling. She liked being told she was good. My approval had become important.

“I’m awed by what you did for that girl this afternoon. I was so proud to be with you. So I couldn’t punish you again. Today.”

She smiled, irony back in her expression. “Today.”

Another segment of novel. For you because I love you all, and also because I’m writing, and very short on blogging time..