A submissive woman once told me she spanked her children when they misbehaved. I don’t get shocked all that easily, or I don’t think I do, but I was stunned by that. The flirtation ended there. Hell, if anyone’s going to know that spanking children is abusive, shouldn’t it be us? 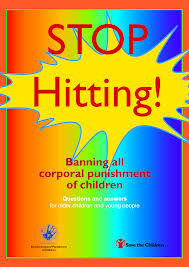 The thing is, corporal punishment is always bad except between consenting adults. I can argue about all sorts of things without getting angry, but people arguing for corporal punishment in schools seriously disgust me and piss me off. Adults terrorising children into making their hands or buttocks available, so that the children are forced to cooperate with their own pain and humiliation have veered some way past creepy and on into actual evil.

It’s hard to believe it’s still legal and actually practised in so many American States. What the actual fuck can those parents be thinking of?

I can see that the SS costume is sexy. After all, Hugo Boss designed it that way, so SS men would find it easy to get laid and have lots of Aryan babies. 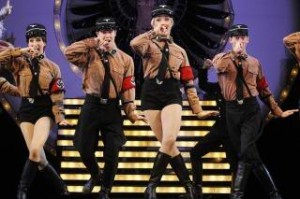 Also, a lot of people in English-speaking countries think of Nazis as comedy figures. The uniforms looked good, but at the top was that shouty nutcase with the toothbrush moustache and the leather shorts. So the costume means ultimate evil to lots of people, and to others it means the ludicrous bad guys in Allo Allo and Hogan’s Heroes.

And The Code of the Woosters, where the British Fascist Leader (Oswald Mosley, thinly disguised in the book under the name Sir Roderick Spode) gets heckled by Berties Wooster:

“The trouble with you, Spode, is that just because you have succeeded in inducing a    handful of half-wits to disfigure the London scene by going about in black shorts, you think you’re someone. You hear them shouting ‘Heil, Spode!’ and you imagine it is the Voice of the People. That is where you make your bloomer. What the Voice of the People is saying is: ‘Look at that frightful ass Spode swanking about in footer bags! Did you ever in your puff see such a perfect perisher?’ “