New international research by Michigan University used data collected by UNICEF in 62 countries—representing nearly one-third of the world’s countries—and demonstrated that caregivers’ reports of spanking were related to lower social development among 215,885 3- and 4-year-old children. 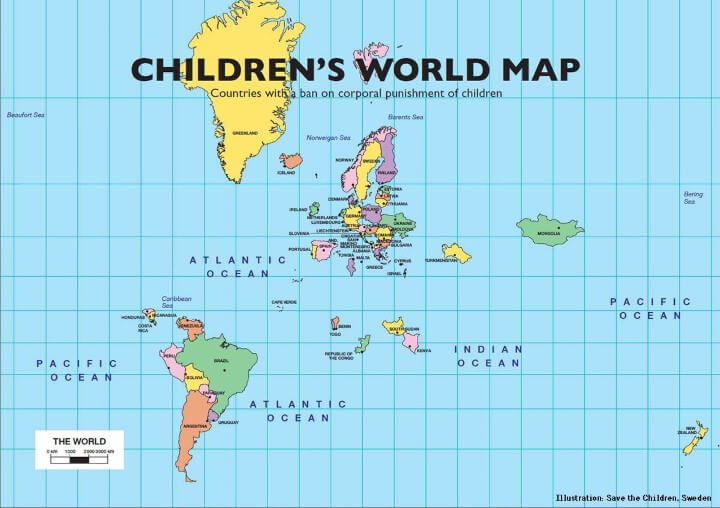 This map shows only the countries where hitting children has been banned.

They found that children who had been physically disciplined within the last month were:

A child’s social development suffered in both cases in which he or she was spanked or during times when a sibling had been spanked, the study showed.

Garrett Pace, the study’s lead author and a doctoral student of social work and sociology, said, “It appears that in this sample … spanking may do more harm than good.” Apparently he already has a doctorate in understatement.

Pace also noted that “reductions in corporal punishment might do a great deal to reduce the burden of children’s mental health and improve child development outcomes globally.”

He called for more effort to create policies that discourage spanking internationally, noting that 54 countries have now banned hitting children.

(Spanking consenting adults, of course, is a whole different thing. But the thing is, in other contexts we know that you should never inflict sexually charged practices on scared, non-consenting children.)

2 thoughts on “Research finds that spanking children as punishment is a bad, bad practice”