I’m in a pub in Woolloomooloo, in Sydney. In Australia. It’s probably a nineteenth century building, that’s been a working class pub, mainly for blokes, for most of the last hundred years. Now there’s a theatre attached and they’re doing King Lear tonight. So it’s a luvvies’ pub as well. I’ve worked on building sites and factories, but I’m more of a luvvie myself these days. Anyway, I came to see Lear. 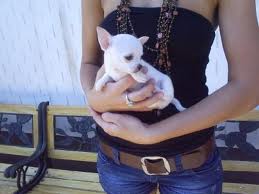 There are puppies pissing on the carpet. That’s not going to harm the carpet much. I guess that from a puppy point of view the place already smells like a midden,  and so you should add you own specific aromas to the rich and complex brew the humans have built up over the generations.

There are pretty girls, gaga-ing at the puppies. The pups are sitting up and begging.

They don’t want anything in particular but they like the attention, so they’re hind-legging with their front paws together.

I’ve been travelling and working. This is the first time I’ve been on-line, in my own time and on my own computer, in nearly a week. The Probation Officer story has got up to the confrontation I had to have eventually with the local cops, about Ana, and their dealings with her father. I tell that part of the story probably tomorrow or the next day. I’ll be on my way back home by then.