There are some things I’ve only got hindsight on. But I know that if I’d been watching at the time, I’d have got it wrong. When Led Zeppelin broke up, I’d have expected a constant flow of great new music from Jimmy Page, and Plant and Jones to fade into obscurity.

But instead we got Plant casually stepping over the self-parody trap as if it were a puddle, and Jones working with brilliant musicians including Robert Fripp to make vital if not exactly best-selling new music. While Page prepared yet another re-mastered re-release of the Led Zepp catalogue. 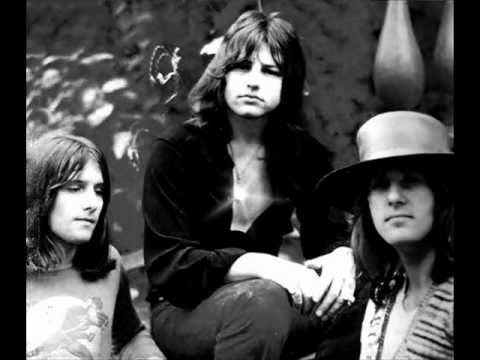 Palmer, Lake & Emerson, in this photo. They were pretty lads in their day, but they never really got the female fans.

Another thing I’d have expected is that together or apart, the members of Emerson, Lake and Palmer would be making brilliant new music, lots of it, to the present day. Or till about a week ago, when Keith Emerson shot himself. Given the talent that was packed into that trio, many fans, including me, were surprised there wasn’t more music.

Still, the power and passion and aggression of the first five ELP albums is unique. There’s nothing like it in rock, prog rock, or classical. Or heavy metal, though speed metal is probably the genre that comes closest to one of the things ELP were doing. Except that ELP were doing everything else, from classical to jazz, to ambient, to rag-time and boogie-woogie, to blues and hard rock, and sensitive singer-songwriter ballads, you name it, as well.

Emerson riding and stabbing a Hammond organ, Osaka, 1972. He could get notes from doing that, using feedback. And knives. He got the knife from Lemmy, who was Emo’s roadie and not yet “Lemmy of Moorhead”. Lemmy died this year, too.

I also liked the massive critical hate for ELP. With the advent of punk, critics managed to persuade the world that ELP were ridiculous musos doing triple live albums, putting out pieces of music more than half an hour long and broken up into sections. All of which was true, except it wasn’t ridiculous. They had guts, and they took risks no band would take today. Carl Palmer said they were “a sabre-rattling band”, and he was right. 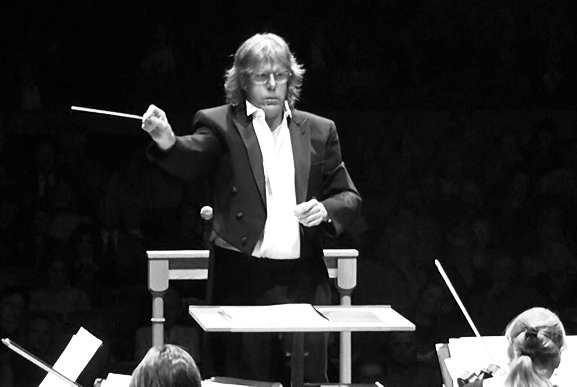 Emerson conducting his own music in the 2010s. Its not often you see a shot of Emo near a flat surface that doesn’t have a drink on it. I’m not sure which orchestra that is.

Although Emerson was 71, he still owed the world his Piano Concerto No 2. I’ve heard he had a worsening of his carpal tunnel problem and couldn’t play, and that’s why he shot himself. I wished he’d stayed. He could have composed and got someone else to play it. He was very kind and encouraging to young musicians like Rachel Flowers, and I wish he’d composed and let them play.

I heard that Emerson and Lake wrote some music together when they were preparing to go out on the Manticore Tour in 2010. I hope Greg Lake finishes that and shapes it into songs for one final album. But – though I also admire Lake – I’m not holding my breath.

But I’m too grateful for what Emerson left us to be complaining. Anyway, Keith Emerson is dead. Bugger.