There’s a sort of proverb among classical music conductors, “If you want a piece of music to sound faster, play it slower.” 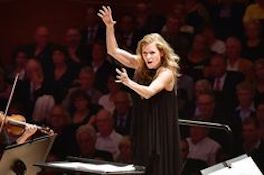 The proverb means that classical music orchestral scores, if they’re worth playing at all, are full of little details that are passed over, undetectable, when you play it quickly, but that emerge and become part of the line, a more ornate line, if the music is played slow enough for the details to emerge.

Erotica is like classical music, if it’s any good, too. It moves slowly, and in detail. In one example, I wrote about a man and woman meeting in a kitchen, where he intends to interview her about a violent gang she once belonged too. They realise that they are sexually interested in each other, and that they are both kinky in complementary ways. At that stage they know that eventually they’re going to go upstairs to her bedroom.

But they spend at least 100 pages in the kitchen, discovering each other, slowly getting more and more excited, before they finally leave that room.

For example, at one moment she puts her jersey over his head – she’s wearing nothing underneath it – and he admires her breasts, of course, but he also becomes fascinated by the pattern made by the sunlight shining through the weave and dappling her skin.