It’s time to share a Great Moment in Science.

These days, if somebody says, “Freud said…” or “According to psychoanalytic theory”, I hear the equivalent of “My astrologer tells me…” I try to be polite and not roll my eyes, and I wait till it’s over before returning the conversation to something sensible.

But Freud was taken terribly seriously for much of the twentieth century, which is probably the most interesting thing about psychoanalysis: it gave us the business model and many of the doctrines for scientology and similar movements/cults. 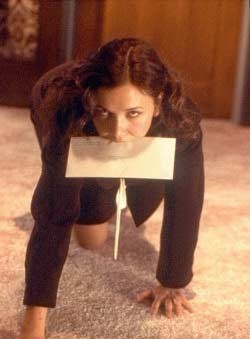 “By carrying the typed correspondence in her teeth, the masochistic subject achieves complete dental sexual satisfaction.”

Anyway, Abraham’s idea was that what he called “sadomasochism” was caused by teething. You see, babies focus on their mouths during teething, and because eating is both enjoyable and destructive they associate the oral aggression of biting their rusks with sexual pleasure.

Abraham knew that babies take sexual pleasure from eating because Freud had ruled that eighteen-month-old babies locate their sexual feelings in their mouths, and if Freud said it, then it must be true. (This is what being a disciple means.)

It followed that babies whose teething was unusually difficult or unusually enjoyable become “sadomasochists” in later life.

And that, my kinky brothers and sisters, is where we come from. And people who had braces on their teeth are all into bondage.

Abraham’s sadomasochistic teeth should, by rights, be resting in the lumber room of science along with phrenological heads and homeopathy kits, but as recently as 1992 a pair of psychoanalytic dentists – yes, I know; they were psychoanalytic dentists – claimed to have carried out anatomical analysis of the jaw muscles and teeth that supported Abraham’s sadomasochistic teeth theory. 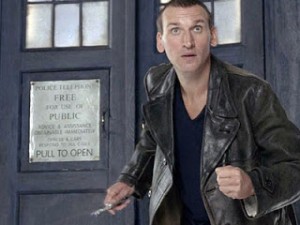 Captain Jack Harkness: Who sees a screwdriver and thinks, ooh, this could be a little more … sonic?

The Ninth Doctor: Well, who sees dentists, and thinks, they really need to be  a bit … psychoanalytic?