So Ruby left, with a flash of pink knicker, trailing her fishing net behind her. The moment she’d gone, there was a burst of conversation.

Woman in corset, with black lipstick: Well, thank god for that.

Me: Huh? Ruby? She seems … harmless. What’s wrong with her?

Woman in corset, with black lipstick: I don’t know why she bothers coming to kink events. She’s not into kink. She just wants to fuck lots of guys.

Woman in corset with red lipstick: Yeah. She likes a spanking, but she never takes more than that. Just wants to be spanked and fucked.

Woman with collar, in short tartan skirt: Yeah, she should just go to polyamory groups. Leave us out of it.

So I went and hung out with the football fans for a bit, because football might be as boring as half a ton of batshit, but at least it’s better than being nasty. 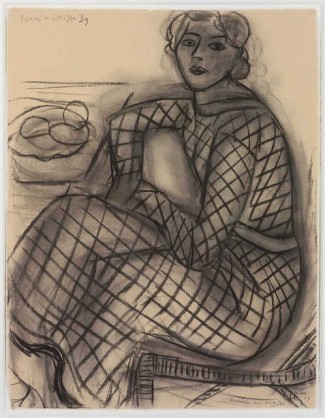 It struck me as odd, because you might expect that if Ruby had been too spectacularly pretty, or snagged someone’s boyfriend or girlfriend, or got all the male (or female) attention. But Ruby hadn’t been or done any of those things.

And the attention I paid Ruby was only conversational. It never occurred to me, at the time, that she might have been interested in me and hoping I’d make a move. (It’s only just occurred to me now. If she made any signals I missed them, as guys tend to do.)

But if she had signalled me and I’d noticed, I’d have pretended not to, because I liked her but didn’t fancy her enough to want to spend a night with her. She looked fine, but I knew I’d find the eccentricity harder and harder to take as the night wore on.

So she was conspicuously the least successful woman there. She’d made an offer to a cop and been turned down. And whether she’d wanted me or not, I hadn’t even tried. So the female hostility she’d earned seemed a bit over the top.

Eventually, I discovered that there were various factions in the community, which were about personal rivalries rather than about competing ethics or ideas. Ruby was simply seen by some people as being too cheerfully unbothered about sides.

I remembered that sort of thing from my days as a political activist. The less power and influence a group has, the more vicious the in-fighting for power within that group.

I kept on running the group because I’d volunteered. But after a few months a submissive woman contacted me, and we wound up in her bed within a couple of hours of meeting. After that there was no contest. I preferred to spend time with her, and not the community.

So when someone told me I was running the group wrong, they found I was suspiciously ready to hand over the reins. I never found out if my critic ran the group better than me. I never went back.

As I say, the group I’m hosting now is refreshingly faction-free. So up in the mountains I can do something useful for people who do that thing we do, and enjoy myself.

The moral, I suppose, is that we expect community to be a good thing, but there are no guarantees that it will be. Communities, or segments of them, can be extremely unwelcoming and no fun at all to be around. If we want “the community” to be a haven, a resource and a pleasure, we have to remember to behave reasonably attractively.