“Jeremy Bentham was a man of leisure, took his pleasure in the evening sun, thought a lot about natural rights, finally decided that there were none.” 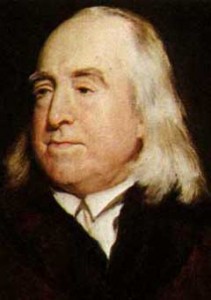 Talking about rights, for me, means talking about the extremely unsexy philosopher Jeremy Bentham, who once said that the idea of natural rights was “nonsense on stilts”, which is brilliant. I mean the phrase “nonsense on stilts” is brilliant. But I’d also agree that rights aren’t a “natural” category, since nature hasn’t got a brain, or a conscience, or purposes; it’s just there. We interpret it and impose meanings on it.

Nor is there such a thing as a “god-given” right, even if you think gods exist. 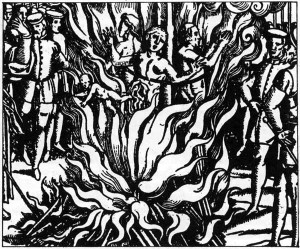 A god can’t make something good by declaring it’s good, nor make something into a right just by declaration. When YHWH, the Christian god says you have a right to burn witches (Exodus 22:18) and force women into sexual slavery (Numbers 31:18), not many people think those  really are rights.

But Bentham’s attack on the idea of natural rights (and implicitly on god-given rights) was part of his attack on “The Declaration of Rights” made by the French revolutionary parliament in 1791, and Bentham, as a patriotic Englishman, was slightly overstating his views to ridicule les Frogs. He was scoring debating points.

In general, Bentham thought that rights derived from society, and had to be enforced by law and sanction for them to be meaningful. That doesn’t mean he thought that rights don’t exist or are meaningless. “Rights”, in Bentham, are the autonomies (that is, the things the state won’t stop you from doing) and the expectations (like safety, and some opportunity to make a living, etc) that any society has to grant the individuals in that society, in order to allow individuals to live in the most happiness they can manage, while preserving common safety. 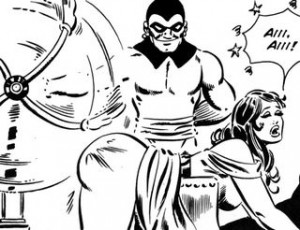 I mentioned that Bentham was weird. That’s why this picture of a “spanking machine” is actually relevant when you’re talking Bentham. But we’ll come to that shortly.

To be continued. I’ll be back to telling stories soon. Oh, there was an asterix [*].

I shouldn’t have to explain that “the uncoolest band ever” means Emerson, Lake & Palmer. Uncool, unsexy, and brilliant.