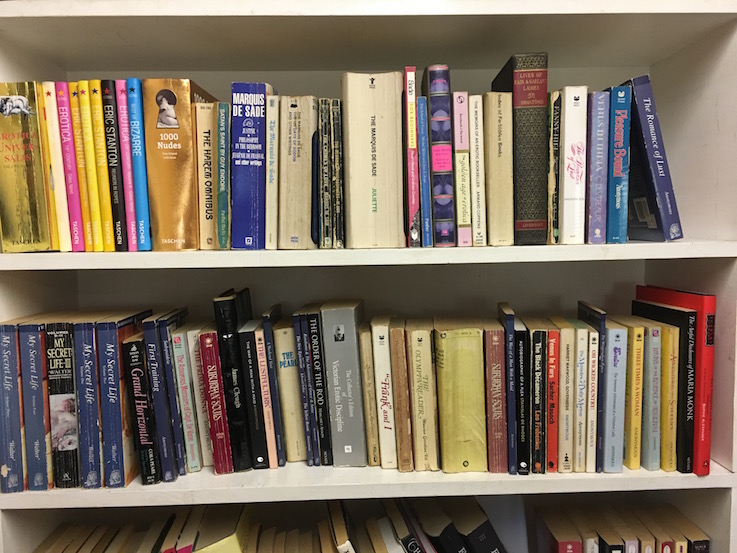 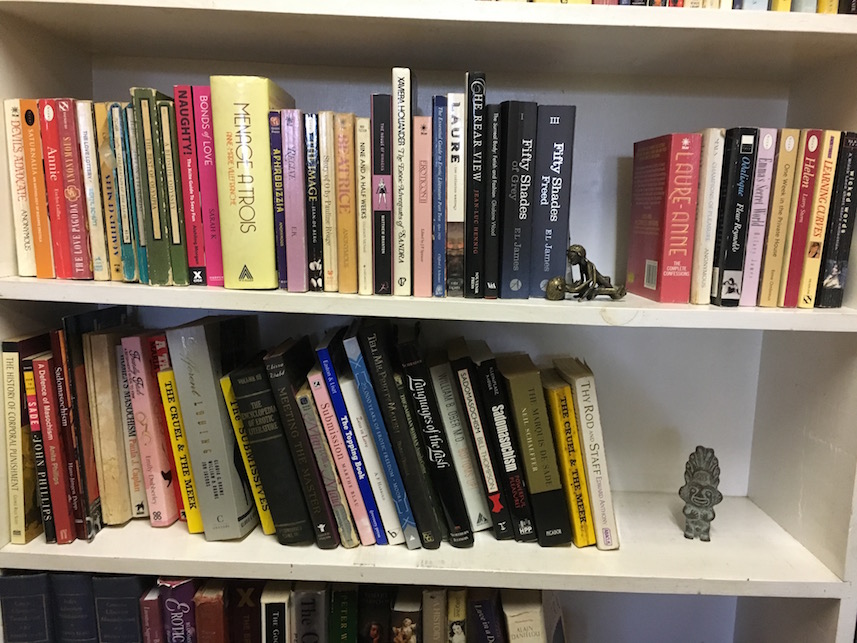 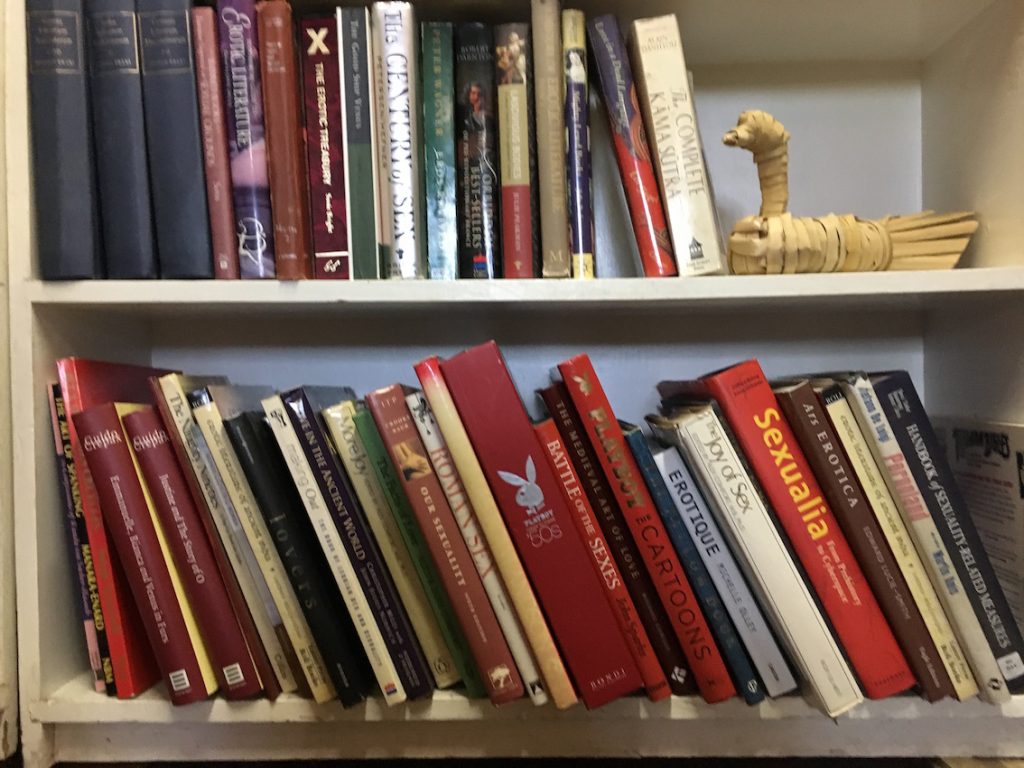 These are the two bottom shelves. On the left of the upper of these two shelves, there’s one of the very few actually valuable books or series I own. Those three volumes are the bibliographies of Henry Ashbee, possibly better known as Pisanis Fraxi. The Index Liber Prohibitorium, or Index of Forbidden Books, and its two successors. First editions, from Victorian times.

The thing with a Playboy Bunny Symbol is the complete set of Playboy from the 1950s, on CD-ROM. I’d get the collection for the 1960s as well, but I’ve never seen it in this format. I wouldn’t bother with the 1970s, though Robert Anton Wilson was still editing and writing there at the time. But it was an important and stylish literary mag, for a while.

The duck? He’s a reed duck decoy, First Nation art from the Canadian prairies. He’s got no business being there amongst the sex books in particular. But the duck, he just wanted to be there.  Maybe he’s a mallard: they – unlike most other birds – actually have a penis.

And you need a duck, don’t you, if you want to write a rhyming poem about sex.

I was walkin’ down the road an I met a little duck.

He said, “How are ya, human, you look down on your luck?”

I said,”I saw that sexy Sally, tried to slip my nip inside her tuck;

She told me nobody loves me an I’ll never get a -” And so on.

Anyway, that’s the Concavity of Depravity, where Cinderella posed, waiting for her Prince. (Who did come.)

Cinderella has naming rights, for various reasons. She tells me the whole room is the Library of Depravity, and only the sex books section is the Concavity of Depravity. That seems fine to me.