We’d been touching intimately, and then we weren’t touching at all. Now read on.

I looked up at Raylene, appalled at what had just happened and cursing my stupidity. But I wasn’t sure that I’d been mistaken. Raylene didn’t seem angry with me, which was something. Nor alarmed, exactly: more like “troubled”.

I realized I needed more information before I should try to complete that sentence. Right now anything I said was quite likely to fuck things even more. So I said, “Um?”

“I don’t – I don’t like that.” But although Raylene wasn’t happy, I didn’t feel that she wanted to send me off just yet. I’d revealed, beyond all reasonable doubt, that I was a pervert, and it was probably significant that she still hadn’t pulled up her jeans and panties. So we were both still there, doing something sexual together. For now.

I put my hands back on her hips, because I wanted our skins to touch, and for feeling to flow between us again. It wasn’t quite as advanced as stroking her cunt had been, but it was still intimate. Raylene didn’t pull away, but I didn’t feel her relax, either. I stood up, and moved my hands up, from holding her hips to hugging her close. She accepted that, leaning against me. 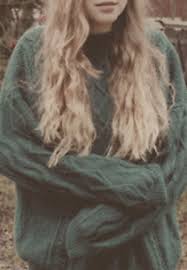 She was still not happy. I thought about moving my hands up inside her jersey again. Surely she’d like having her breasts stroked. I thought about kissing her. But I decided I’d used up my quota of stupid ideas, for one kitchen.

She pulled an annoyed face. Then nothing happened. Her breasts rested against my chest. That felt good, and every second it continued had to be a hopeful sign. The same was true of every second that passed with my hands on her hips, and her jeans and panties staying down round her thighs. I waited.

Raylene laughed, suddenly. I suppose I looked comically worried, myself. What she said was: “No, I’m sorry. Sorry. I’m being. But just don’t. Don’t pull that stuff. You know. Don’t do that. I.”

And I held her tighter, because I wanted reassurance and there was a good chance she did too.

This time we relaxed against each other. I kissed her mouth, and when she snuggled in deeper I nuzzled her ear instead, and then the side of her head. Which mostly shiny blue, on the right side. And she pressed her bristly cunt against my jeans, and seemed happy to find me hard.

So, since that was the case, I slid my hands down to hold her arse, taking a cheek in each hand, and, when I’d enjoyed the cool-firm feel of that, and the sense of possession that I was possibly not supposed to assume, I squeezed her hard.